Menu
Back to News ListPreviousNext
Posted on: July 17th 2017

People often ask us what Warhammer is. The easiest way to explain it is by imagining chess, only chess with dice, tape measures, glue, enamel paint, huge overheads, and unnecessarily complicated rules. This is Warhammer 40k, a table top strategy game manufactured by Games Workshop.

In 2011 Bishop Wand's Warhammer Club was formed and since then there has been a team competing in the National School League, and every year that team has claimed victory at the heats, claiming a place in the Semi Finals held at Warhammer World, Nottingham, Games Workshop's HQ. This is usually the pinnacle of the club’s year. A day off school and a chance to ogle at expensive models with other like-minded people. This year, however, for only the second time, the team made it through the Semi Finals, earning a place in the National School League Finals. The first and last time the club managed to make it to the Finals was in 2014, where we finished 7th place. That is the goal we set ourselves to beat. All we wanted to do as a team was beat 7th place.

To be honest I don't think we've ever made such good time, arriving at the event three quarters of an hour early. We stayed sat in the carpark until the event organisers let us in upon the arrival of two other schools and were the first to sign in. We placed our armies, rules and “Tools of War” (that's tape measures and dice to laymen) on trays and awaited them to be inspected by one of the event helpers, being awarded points for having everything required to play the game. After this was done we started wandering around Bugman's Bar and Grill, the holding area.

At last we were told to go into the game hall and the team carried our armies and bags to Row 8. Four Six foot by Four foot tables covered in model buildings and foliage, line up short edge to short edge. The first of the 45 minute round didn't go too well, our team suffering four losses but in the mindset that all we had to do was beat seventh, we carried on strong and proud. Round 2 was significantly better, achieving three wins and only one loss, the final round saw a further two wins and two losses.

As the event staff counted the scores including the extra points for “Best Army”, “Best Genral”, and “Honourable Warrior”, all teams partook in a Warhammer based quiz, our team scoring 12/20, the winning team 17/20. Luckily all they won was pride.

With 5 Wins and 7 Losses we did not expect to achieve anything more. None of us probably even expected to beat our goal of 7th but we were happy. In fact, we were delighted to be announced as the most sporting team, and the prospect of a box of goodies was enough to get us through the journey home. “And the 3rd place team… Of the Warhammer 40k, School League Final...”, we had all already started clapping for whoever had won, “Bishop Wand School!”

We each got out at least two more claps before it hit us. As if we were Meerkats, our heads shot up. We all looked at each other, then the screen, then each other, grins pulling across our faces. Not only had we beaten our goal of 7th. Not only had we placed. Not only had we won the title of Most Sporting Team. We did it somehow, miraculously, under the guidance of Mr. Catchpole of all people, a man who can’t tell the Dark Elder from the Tao.   In fact, we’re still convinced he believes this is something to do with The Lord of the Rings!

We stopped for dinner on the way home, and a sweet reward for our hard work. Burger King and Krispy Kremes…the meal of kings… or, you know, 3rd place tabletop strategy war-game School League team members.

On Thursday, 26th January 2023 Reverend Lawes from All Saint's Church, Laleham accompanied Mrs Ratnayake, School Chaplain and eight of our Key Stage 3 students to St Paul's Cathedral for a Service of Celebration with other Schools in the London Diocesan Board of Schools family. The students had a spectacular day, particularly enjoying singing hymns, reading scripture together and creating new friendships. 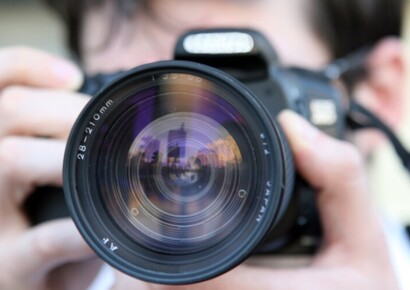